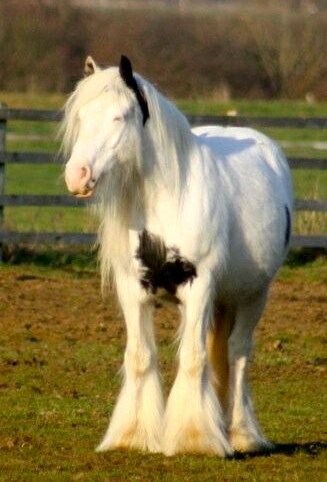 Clononeen Aglish (2007) was bred in Co. Wexford by Tom Connors – and is now a proven broodmare, having produced two cracking filles (Clononeen Lillith & Clononeen Piccolo). Deemed extremely well marked with her minimal black markings in addition her one white ear, Aglish is a very highly thought of filly in England and Ireland. She stands at 13.2hh and is as sweet as they come, she is first EVER Checkity marked mare to be imported to Australia (The Checkity Horse, so called because his owner refused a blank / open cheque for him.)
We are keeping Aglish’s 2012 filly, High Streets Ondine, hence the sale of the beautiful Aglish.

This entry was posted in Uncategorized. Bookmark the permalink. 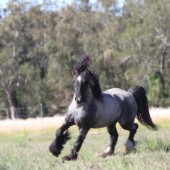